Trouble at the Mill – Comedy Club – SOLD OUT

In association with Nodding Dog Comedy Club, we are proud to present Trouble at the Mill, featuring side-splitting stand up acts from Tony Law, Mike Wilkinson, Paul Mcaffery and Britains Got Talent Finalist Micky P Kerr.

Doors open at 7 pm, with acts starting at 8 pm.

TICKETS FOR THIS EVENT ARE NOW SOLD OUT

If you need any more reason to attend, here’s a bit about our headline acts… 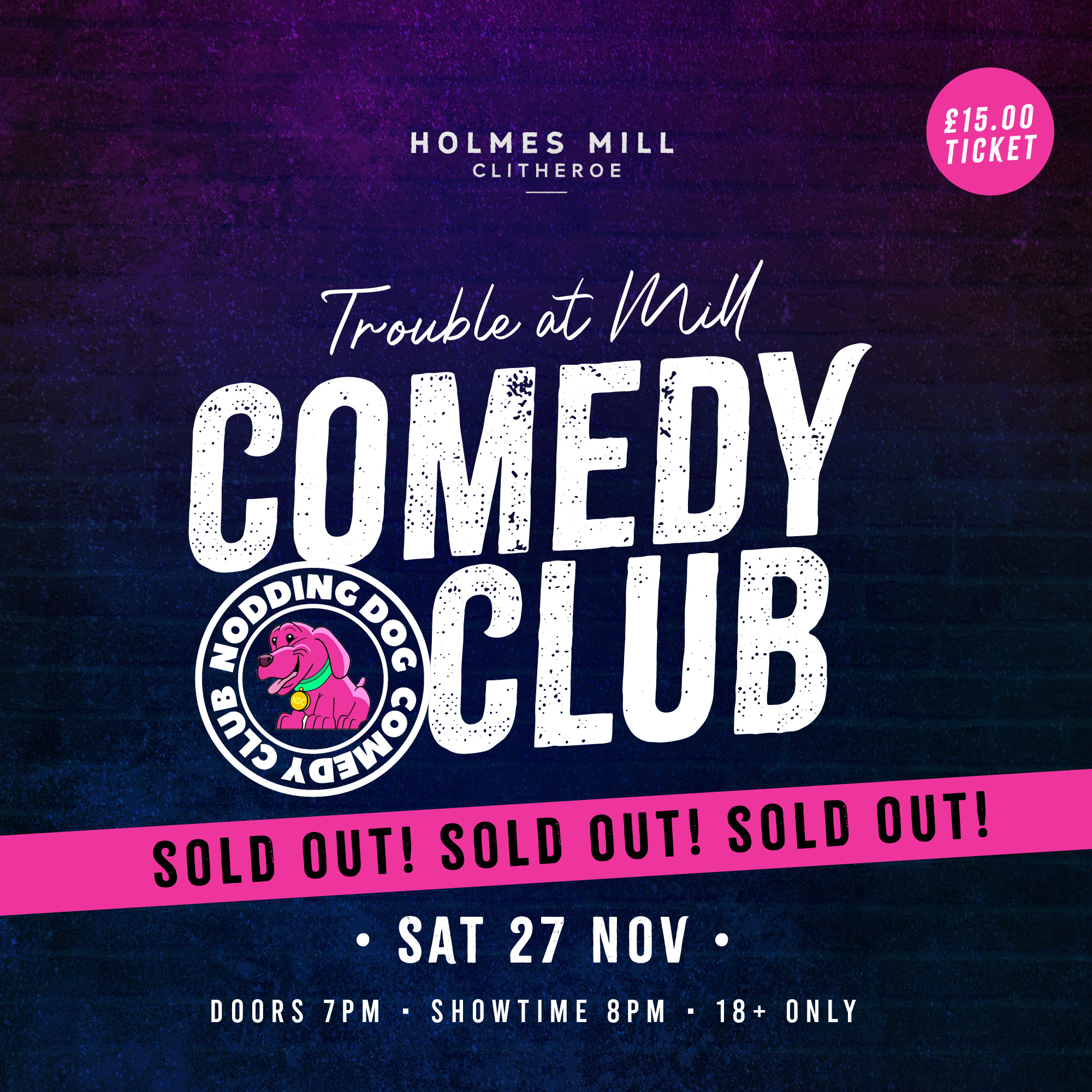